An eighteen-story building on the roof of an old warehouse has sprung up in one of Europe's busiest ports. This is a relatively radical concept with the longest arc escalator in the world. The idea to build a concert hall in the old shipyard originated in 2001. The construction itself began in 2007 and was completed ten years later. The grand opening took place on 10 January 2017. The architects uniquely managed to connect the old building with a new, modern extension, whose gleaming glass facade at the top extends to spikes like the ridges of sea waves.

The large concert hall has a capacity of 2,100 seats, the small one 550 seats. The building houses not only this music centre, but also apartments, a hotel and other spaces for the public. In the old part of the building there is a multi-storey car park.

The hall has excellent acoustics and perfect sound insulation from the surrounding environment and the hustle and bustle of ships. The soundproofing, which, together with all the acoustics, Mr Yasuhisa Toyota from Nagata Acoustics was in charge of, is achieved by the fact of not building just one concert hall but two of them. One inside the other - thanks to which they perfectly insulated the inner hall from the outer sounds. The Great Hall of the Elbphilharmonie is one of the best halls of today. Mr Yasuhisa Toyota is also involved in the Ostrava Concert Hall project.

Immediately after opening, the building became a new landmark of the city, which also financed it. The city management sees the building as an icon for strengthening Hamburg as a city of music. The spectacular building was given a major role in Hamburg's advertising campaign. The 110-metre-high building has become one of the biggest tourist attractions in this seaside metropolis and an indispensable part of the Hamburg skyline. The construction of other concert halls in Hamburg with multiple seat capacity is currently being considered. 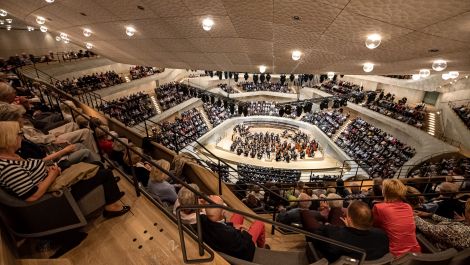 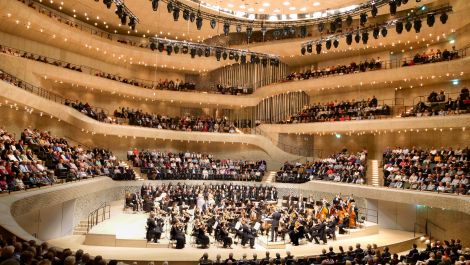 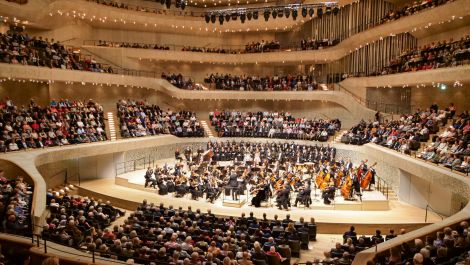